Board of Elders & Deacons 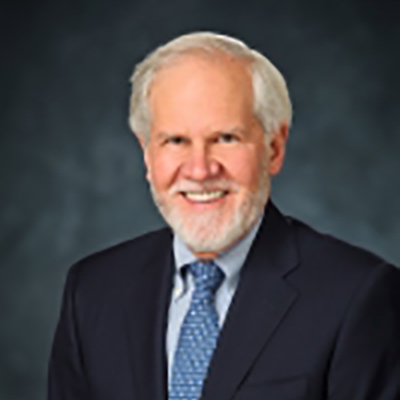 Greg has attended Marble since 1995 and is a former member of the Marble Sanctuary Choir. He is twice retired, first from Penn State where he was the university’s executive director of planning and analysis and a faculty member in the graduate studies program in higher education administration. Most recently he retired from IBM where he was a strategy and organizational change consultant for colleges and universities and provided educational training in core consulting skills for IBM consultants. Greg is married to Meg Armstrong and has three children, Andrew, Jeannine, and Ted. 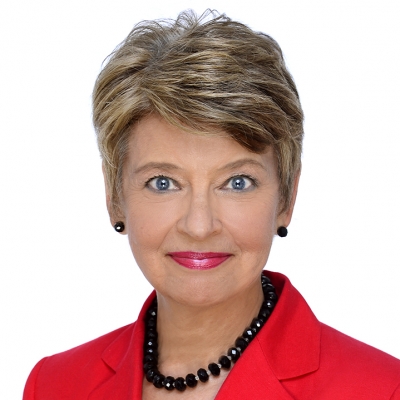 Barbara has been a member of Marble since 1995. Active in the Women’s Ministry and the Small Group Ministry for several years, she also served as an usher from 1996 to 2017. Most recently she participated in the PS 30 tutorial program. Currently, Barbara is a member of the Benevolence Committee which reviews grant applications from various social service organizations as part of the Easter Offering. As Treasurer, she is also the Chairperson of the Financial Resources Committee. Being an active member of the Marble community has deepened her faith and contributed significantly to her spiritual growth.

Professionally Barbara has been a residential real estate broker with the Corcoran Group Real Estate firm since 1996. In 2000, she opened and managed the firm’s uptown office in Carnegie Hill returning to brokerage two years later. Previously she was a Loan Officer and Project Manager at General Electric Capital Corp. where she managed a multi-million-dollar hotel/apartment renovation, the Chase Park Plaza in St. Louis. Early in her career, she was on the Extension faculty in the Department of Human Development and Family Studies at Cornell University. A native of New England, she graduated from Connecticut College, holds a Master’s in Education from Columbia Teachers College and an MBA from Boston University. She also serves on the board of her co-op and is a trustee of the Murray Hill Neighborhood Association. 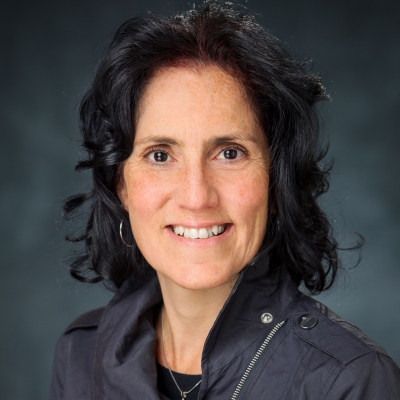 Sandy came to Marble in 1996 and soon enhanced her faith journey by attending the Marble Prayer Circle. She became a member in 2002 and over the years has found many paths to service. She served as a church school teacher with the Children, Youth & Family Ministry where her daughter was once a student. Sandy is a Stephen Minister. She is a member of the Hospitality Team and the Leadership Team of the Marble Women’s Ministry. Sandy serves on the Marble Board as a Deacon and the Secretary of the Board maintaining the current and historical Church documents of importance. She is a member of the Collegiate Consistory Outreach Committee which determines how best to provide financial support to non-profit organizations.

In her professional life, she is an office coordinator in a pediatric cancer clinic providing care and compassion to patients and their families. She holds a BA in Business from Marymount College of Fordham University. Her passions include promoting participation in blood donation programs, walking, reading and attending theater. 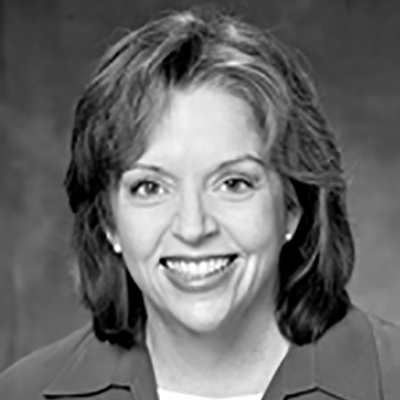 Eileen participates fully in the life of Marble Church through many activities. She is a Stephen Minister, an avid student of Sister Carol Perry and a participant in Small Group Ministry. She previously served on the Investment and Endowment committee of the Collegiate Church and currently serves on the Marble Investment committee. Eileen holds a B.S. in Finance from St. John’s University. 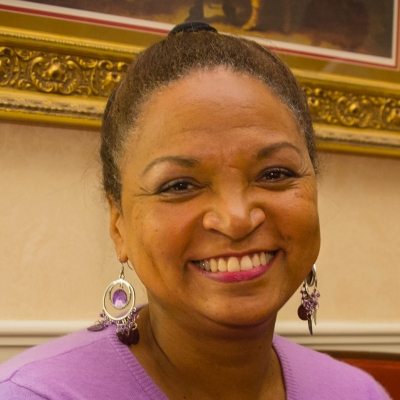 Stephanie M. Bailey joined Marble in 1995 and was chair of the board from 2009 through 2018. A key focus for Elder Bailey during her period as chair was to strengthen church financial practices to assure members and friends that Marble is a compelling and responsible steward of resources to do God's will in our local, national and international communities. Prior to becoming a deacon in 1998, Elder Bailey was on the leadership team of the women’s group and an inaugural member of the Spirituality in the Workplace small group.

In her professional life, Elder Bailey has been an information technology consultant and executive with PricewaterhouseCoopers, American Express and Fannie Mae, and is now a technology executive with Consolidated Edison. Stephanie also serves on the Executive Committee of the Collegiate Corporation and is a trustee with the Blanton- Peale Institute. She is married to Lawrence Bailey. 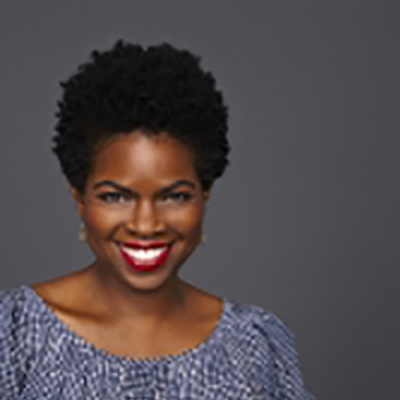 Stanford-Danuser honed her expertise in corporate marketing communications working in fast-paced, multi-client advertising and public relations agencies in New York and Boston. While a trends and account management executive, she served several blue-chip clients. She also worked for several years as a Director of Communications and National Public Affairs “Rapid Response” Specialist for the American Red Cross.

A graduate of the University of Florida, Stanford-Danuser has a Bachelor of Science in Broadcast Journalism. She feels privileged and blessed to serve on the Collegiate Consistory Board of Directors, as well as the eWomenNetwork Foundation Advisory Board. She is a sought-after public speaker on professional women’s and mentoring forums and has been featured in Harper’s Bazaar, Essence, Redbook, Family Circle, Shape, Self, More, Mater Mea, PRWeek and Cosmetic World. She lives in the greater New York City area with her husband Chris and their two children Dylan and Romon who are active participants in Marble's Children, Youth & Families Ministry. 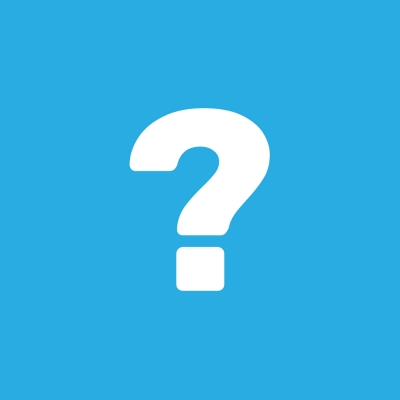 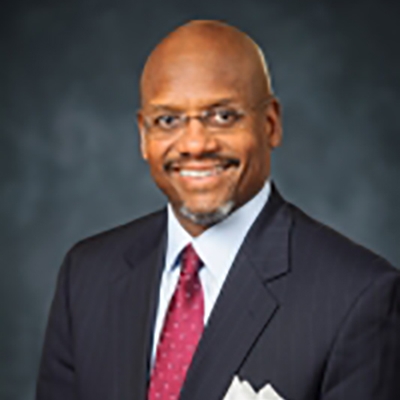 Ted Gregory has been a successful practitioner in a retained executive search environment for many years. He possesses long-standing industry contacts, cross-industry knowledge, human resources experience, diversity experiences, skills in marketing, sales, business, and management. Over the years his searches have included CEO’s, COO’s, CFO’s, Athletic Directors, Coaches, Human Resources, Chief Legal Officers, Chief Technology Officers, Chief Diversity Officers, and Development Officers. Ted has been engaged by Corporations, Associations, and Universities. He is equally effective in micro-cap companies as in larger ones.

Ted was a scholar-athlete at Columbia University and earned a BA in Economics. In addition, he was Co-Captain of the varsity football team, garnered All-League honors, honorable mention All-America, 25-year All-Ivy League Team, the Columbia All-Century Team and the Columbia Athletics Hall of Fame. 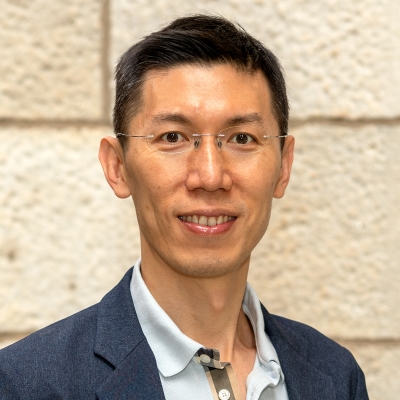 Tim starting visiting Marble in 2007 after he saw an advertisement on the subway about Marble Collegiate Church. The ad highlighted Marble’s welcoming community and diverse congregation. It also highlighted that Marble had an LGBTQ fellowship. Growing up attending an Evangelical church, Tim was looking for a church home that was welcoming to LGBTQ Christians. Tim visited Marble a few times and was fascinated by the friendly congregation, as well as the vibrant LGBTQ community. He especially loved the monthly LGBTQ coffee hour/brunches that offered a great way for everyone in the community to connect. Prior to serving as a Deacon, Tim served on the Leadership Team for GIFTS, Marble’s LGBTQ fellowship. Tim also taught Sunday School at his church back home, which he thought was the most rewarding experience both spiritually and personally.

Professionally, Tim has over 15 years of experience in Finance, 13 as an investor at GIC, Singapore’s Sovereign Wealth Fund. His area of focus is TMT (Tech/Media/Telecom), where he invested across both public and private markets. Tim received an MBA from Wharton School, University of Pennsylvania, and a BA from National Taiwan University. 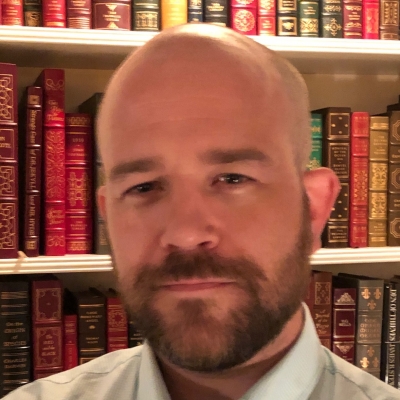 Matthew credits his hometown pastor, the Reverend Allan Ramirez, for providing him with an initial introduction to Marble Collegiate Church. Marble’s warmth and its continually demonstrated commitment to inclusivity, diversity, charity, and families inspired him and his family to become members. He has served on Marble’s Stewardship Committee, is a member of Marble’s Parent Leadership Team, and regularly volunteers to teach Sunday School.

In his professional life Matthew serves as in-house counsel for a Bermuda holding company and its U.S. subsidiaries. He holds a J.D. from St. John’s University and a B.A. from Trinity College. Matthew is married to Kate Morse, with whom he has two children who would be embarrassed to be mentioned here by name. He is an unapologetic bibliophile and ardent movie lover. 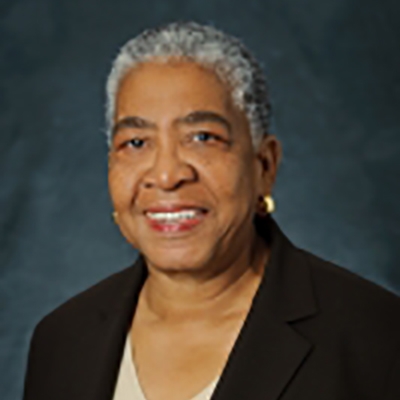 Sheila is a retiree of JP Morgan Chase where she served as a Vice President and Client Technology Liaison Manager of Global Securities Services. She previously worked for Fidelity Investments Boston as a consultant in Global Investment Services. Sheila spent most of her career at Bankers Trust Company where she held many positions the final being Vice President of Global Custody Service responsible for managing their Global Banking Network.

Sheila serves as Vice President of the RCA Classes of New York and a member of the Executive Committee of the Reformed Association of the United Church of Christ. She currently serves as a member of the Collegiate Consistory Financial Planning Committee and chair of the Marble Seminarian Support Committee.

Sheila has a BA from Bernard Baruch College. 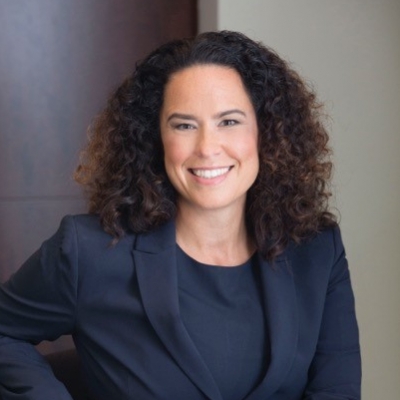 Tomasita L. Sherer has been attending Marble Church for her lifetime and was baptized by Dr. Norman Vincent Peale. As an adult, she officially joined Marble as a member in 2003 and strengthened her involvement with the church after starting a family and registering her children in the Children Youth & Families (CYF) ministry. A key focus for Deacon Sherer is the Children’s Ministry and strengthening the bonds of the families that participate together. Ms. Sherer is also a supporter of several community outreach initiatives through Marble Church including events that have benefitted the children and mothers of PS 30 and Icahn House.

In her professional life, Deacon Sherer is Of Counsel at the global law firm, DLA Piper, where she practices law specializing in the litigation and arbitration of business disputes. In addition to her client responsibilities, Tomasita dedicates hundreds of hours annually to providing pro bono legal assistance to individuals in need through DLA Piper’s world-renowned pro bono program. Tomasita also serves on the board of the New York Women’s Foundation. She is married to Orlando Sherer and is the proud mother of twin boys, Harrison and Colin. 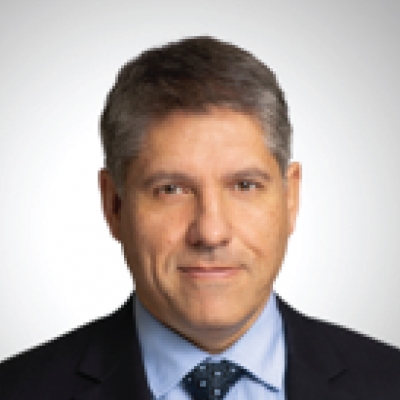 Renier grew up in South Africa as a member of the Dutch Reformed Church and first came to Marble when searching for a “church home” after relocating to New York for work. He was deeply impressed by Marble’s diverse and inclusive congregation, the striking music and choir performances, and powerful messages from the pulpit. He started attending services at Marble in 2010 and became a member in 2012. His husband, Charlie, is also a Marble member and they were married in Marble’s Chapel in 2017.

Renier is a partner with PwC’s Deals practice in New York and specializes in providing financial and accounting due diligence services to corporate and Private Equity clients investing in North and South America, Europe and Asia. He has more than fifteen years of experience in the retail and consumer, manufacturing and industrial products, and natural resources industries. Renier started his career with PwC in London prior to transferring to New York. He also completed a three-year tour with PwC’s Deals practice in Toronto, Canada, prior to returning to the US in 2015.

Renier holds a B. Compt. Hons. degree from Free State University in South Africa with majors in Accounting, Audit and Tax. He is a Chartered Accountant in South Africa. 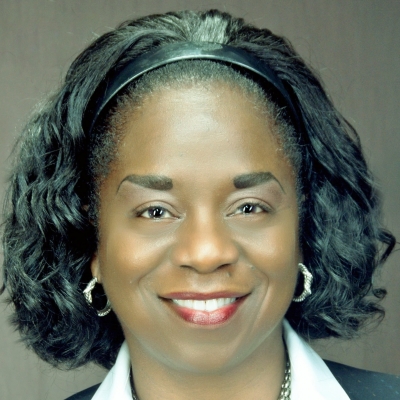 Brenda has been a member of Marble since 1998. She has been an active member on Marble’s Women’s Ministry Leadership Team since its inception, and Marble’s Welcoming Committee. Brenda serves on the Investment & Endowment committee for Marble’s Board and the Collegiate Consistory.

Serving as Deacons to Intersections International