Upper Scene (Luke 15:11-32): Having followed a life of dissolute living, the Prodigal Son realizes his wrongdoing and kneels before his forgiving father, who welcomes his repentant son with great joy and a loving embrace. But the older brother, who stayed behind, looks on with disappointment and envy. He is the only one ignoring God’s directive to forgive.

Lower Scene (Matthew 18:10-14): Jesus, the Good Shepherd, yearns to save a lost sheep that has fallen into a precarious position where it will suffocate and die. Christ’s strong hand reaches out to bring the struggling sheep back safely to the fold, a metaphor for His faithful guardianship over us. 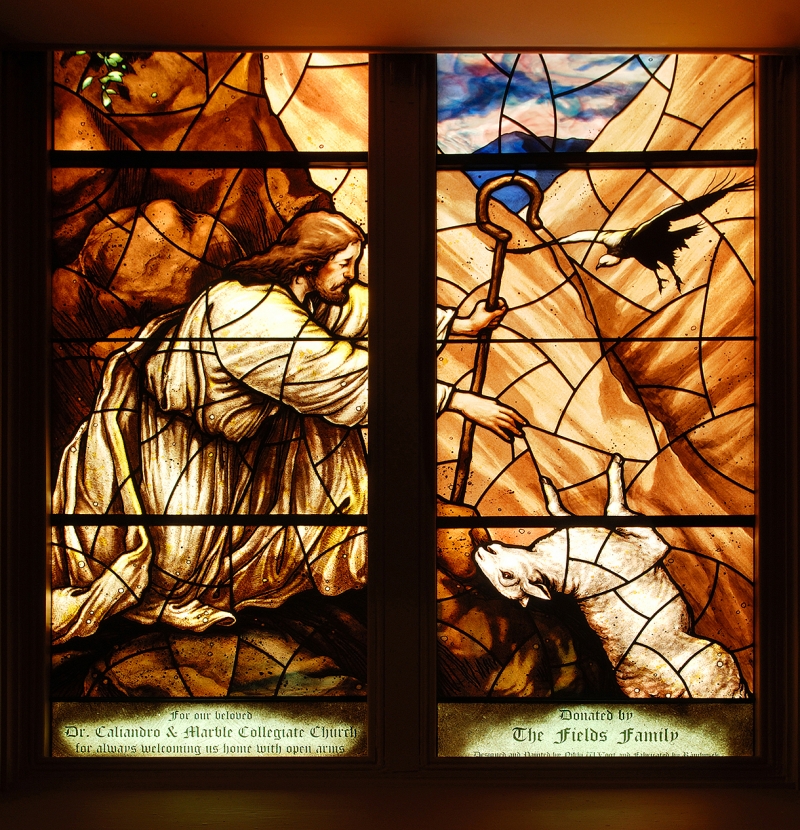