David has an established reputation for creating collaborative, groundbreaking events that positively impact organizations and communities. Since 2009, David has grown the organization he founded, Harmony Project, into a national model redefining diversity and inclusion through performances, programming, and unique community service experiences.

David’s 1000-voice choir performs each December at Nationwide Arena, and presents annual outdoor concerts that are free to the public. And, David has recently signed a production deal with ABC and Get Lifted (John Legend’s production company) to create a reality series that takes music across the country to heal a divided nation.

David credits his experiences at Marble and his relationships with Arthur Caliandro and Rob Williams as the foundation upon which he has built his career.

Gather with this energetic group via video chat or phone to visit with your friends, meet new people and hear meaningful and interesting presentations on various topics. To be included on the mailing list and receive a schedule of activities, please contact Baleta McKenzie, (212) 686-2770, ext. 219. 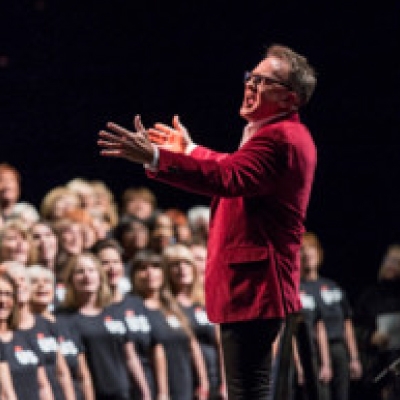