Join us as we host Rev. Dr. Jacqui Lewis from Middle Collegiate Church as she talks about her new book Fierce Love, a bold path to ferocious courage and rule-breaking kindness that can heal the world. 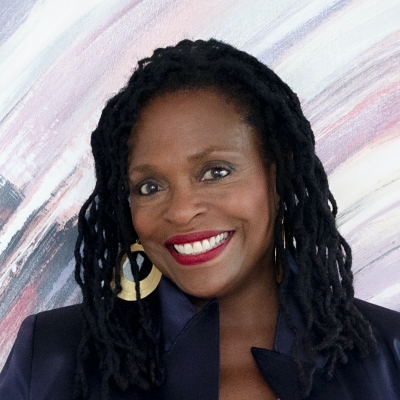 The Rev. Jacqui Lewis, Ph.D. uses her gifts as author, activist, preacher, public theologian toward creating an antiracist, just, fully welcoming society in which everyone has enough. After graduating with an M.Div. from Princeton Theological Seminary in 1992, Jacqui fell in love with urban ministry, leading two churches in Trenton, New Jersey. Fascinated with how faith heals the soul—so we can heal the world—she returned to graduate school, for a Ph.D. in Psychology and Religion from Drew University (2004). Jacqui came to study Middle Church, received a call, and joined the staff in January 2004. Middle is the church of her dreams and prayers, a multiethnic rainbow coalition of love, justice, and worship that rocks her soul.

In her activism, preaching, speaking, writing, and teaching, Dr. Lewis advocates for racial equality, gun control, economic justice, equal rights for all sexual orientations/genders, and marriage equality. Because of her dynamic leadership, Middle Church was featured in a national broadcast on CBS. A Bold New Love: Christmas Eve with Middle Collegiate Church aired on December 24, 2018, to more than 1,000,000 viewers. Dr. Lewis has been on The Today Show, All In with Chris Hayes, AM Joy, The Melissa Harris-Perry Show, NY1, ABC, NBC, PBS, CBS, and WPIX, where she recently covered the Brooklyn memorial for George Floyd. Dr. Lewis created two national television programs: Just Faith, an on-demand television program on MSNBC.com, and Chapter and Verse at PBS.

Jacqui is a womanist whose preaching, teaching, speaking, writing, and activism are aimed at racial equality, gun control, economic justice, and equal rights for all sexual orientations and genders. Jacqui has preached at the Festival of Homiletics, Wild Goose, The Children’s Defense Fund’s Haley Farm, and was a featured speaker on the Together national tour with best-selling author, Glennon Doyle.

Jacqui’s books include Ten Essential Strategies for Becoming a Multiracial Congregation, The Power of Stories, a Guide for Leaders in Multi-racial, Multi-cultural Congregations, the children’s book, You Are So Wonderful! a rhyming celebration of diversity, and a contributing chapter to Becoming Like Creoles: Living and Leading at the Intersections of Injustice, Culture, and Religion. Her newest book Fierce Love: A Bold Path to a Better Life and a Better World will be published in November and is available for pre-order wherever books are sold. And her podcast Love. Period. is available on all streaming platforms.