Take a 30-minute break for your soul. Free admission. 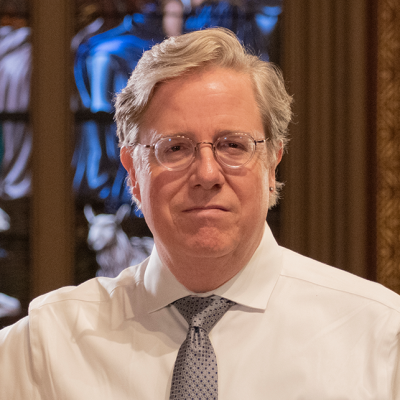 Conductor, composer, and keyboardist Kenneth Dake has served as Director of Music of New York City’s Marble Collegiate Church since 1996. A native of Chicago, Mr. Dake attended Interlochen Center for the Arts before moving to New York and earning his bachelor’s and master’s degrees in piano performance from the Juilliard School. He later pursued organ studies under the tutelage of John Weaver and went on to serve eight years as organist/choirmaster of St. George’s Episcopal Church on Manhattan’s Stuyvesant Square. Known for his technical virtuosity and communicative passion, Mr. Dake is equally at home as organ recitalist or piano soloist. His choral and instrumental works are published by MorningStar, GIA, Hinshaw, H.W. Gray, and Kjos, and are performed nation-wide with increasing frequency.